Commercial Concrete Systems was founded in Naples, Fl. in 1990 by Bill Williams when he ran a 6 people crew to form and pour small driveways and paving jobs. He then entered the residential market, focusing on the multifamily niche where they could dramatically increase productivity based on repetition. Bill was the center of the operation estimating at nights and building during the days. As the company grew, his wife Barbara started helping with all administrative tasks and superintendents were hired to run jobs. To start filling the gaps when residential work was slow, Commercial Concrete started being true to its name and building commercial jobs. The company focus was always in the labor and how to be more productive every day.

By the year 2000 Commercial Concrete had an approximate yearly revenue of $12Million, a mid-rise crew, various residential and commercial crews and a masonry crew. It was then when Pete Shoup Sr. joined the team with the specific goal of taking the company to next level by increasing its sales. Pete’s hard work and vast experience and relationships not only in the construction industry, but in the financial world as well, proved so crucial, that by 2004 the company was hitting $30 Million in revenue. A Tilt-up and a Flat work division were added, diversifying the portfolio.

As a result of its success, Pete became co-owner and President in 2004 and he has taken Commercial Concrete Systems to its current size of $60 to $80 Million per year. Commercial Concrete operates now all over the Southeastern United States, with more than 350 employees in the payroll allowing it to self- perform all activities of the Concrete and Masonry trades.

Commercial Concrete’s reputation is well know among General Contractors, competitors and suppliers and its credit is impeccable.

At Commercial Concrete Systems we take pride in our work, and we are always honored when recognized by the industry. Commercial Concrete Systems has received numerous awards for excellence in construction, including an Achievement Award from the Tilt-Up Concrete Association as well as numerous years as a Top Specialty Contractor in the Southeast United States. We are proud to hold a firm reputation of showing impeccable craftsmanship, great communication, and a keen sense of timeliness for each project we are presented with. Allow us the privilege of working with you. 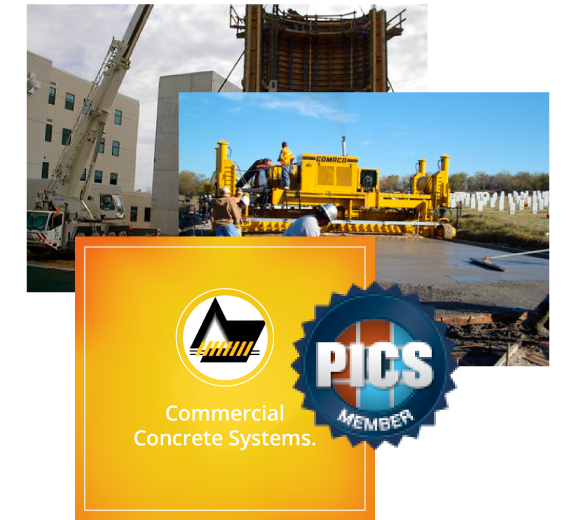